I wrote this post a few years ago but I like to re-post it on St. Patrick’s Day in tribute to my Irish grandfather, Francis Stevens Joseph O’Connell (can a name get more Irish than that?). Thinking of you today and every Paddy’s Day Grampy ❤

The title of my grandfather’s obituary states, “Francis O’Connell was a hero during World War II”—and that he was. The leader of an all Irish squad nicknamed, “The Shamrock Platoon”, my grandfather served in the 26th infantry division of General Patton’s 3rd army. He was stationed in Europe from August 1944 to November 1945 and fought in the infamous Battle of the Bulge, and liberated 2 concentrations camps: Buchenwald and Ohrdruf. He was awarded 2 Purple Hearts, one for when he was struck in the leg by a German sniper (which later caused him to have his leg amputated).

Dubbed “The Wild Irishman”, my grandfather amassed quite the reputation. The Boston Traveler (what is now the Boston Herald), sent famed war correspondent Andrew Tully to Europe just to track him down for an interview. My grandfather’s famous quote from the article was, “There are two kinds of people in the world: the Irish, and those who wish to hell they were Irish”.

He returned home from the war and raised 4 children with my Grammy Helen, but as my mom said last night to me on the phone, “He survived the war, but he lost his spirit on the battlefield”.

My grandfather passed away at the age of 62 from complications from emphysema. It’s always been sad to me that I was never able to have a relationship with him, but what I do have is his name: I’m Danne Frances Dzenawagis because of him, and that will always keep him close to my heart. 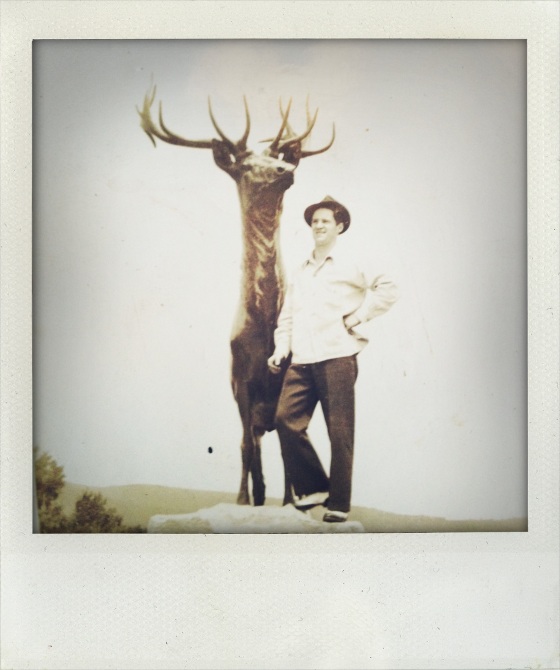