This morning Dan and I hosted a Vitamix themed brunch for our favorite foodie friends, Hank and Ashley. In addition to the bagels & cream cheese they brought from Bagel World (Massachusetts’ closest rendition of a NY bagel), a tasty Southwestern Breakfast Hash from Whole Living Magazine, a Blueberry Breakfast Cobbler from the Vitamix cookbook (yes, Vitamix acts as an electric mixer too), we had a 3-smoothie sampler. Pictures to prove it: 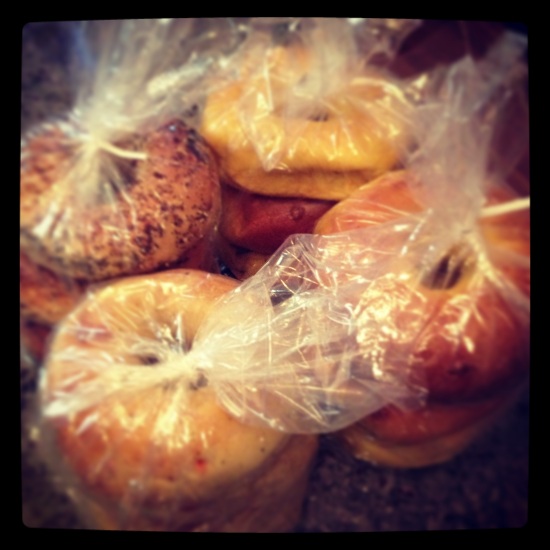 What’s the best thing you could bring to brunch at my house? Bagel World

Vitamix Brunch Smoothie #1: A repeat Rainforest Smoothie (I’m trying to share the green smoothie love with as many people as possible)

Vitamix Brunch Smoothie #2: A Mango Yogurt Smoothie from theKitchn, which was a little heavy on the yogurt flavor, but good overall 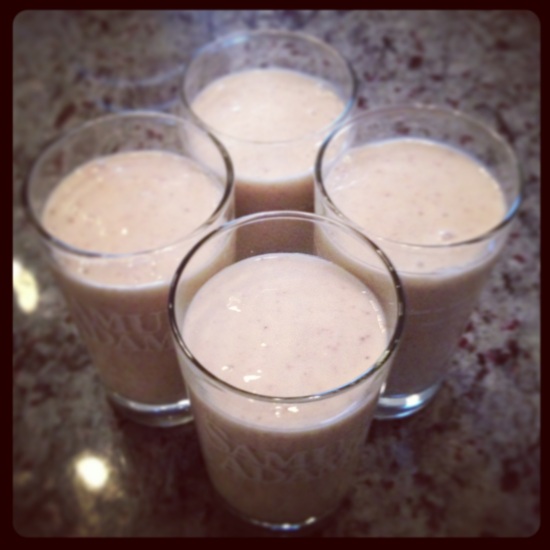 Vitamix Breakfast Smoothie #3: A Quick Chiquita Banana Oatmeal Smoothie, which um…tasted like sludge. We kind of saved it by adding some chocolate syrup…kind of.

And now we’re continuing “consume-as-many-calories-as-possible-Sunday” by eating some football-inspired snacks (chips & guac, pigs in blankets, veggie wings & more) and drinking a few brews while watching the game (that we’re both feigning enthusiasm for). I’ll be a good little New England girl though—Go Pats!